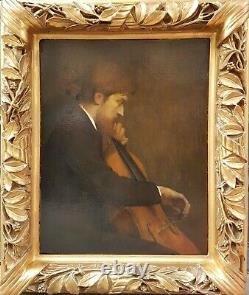 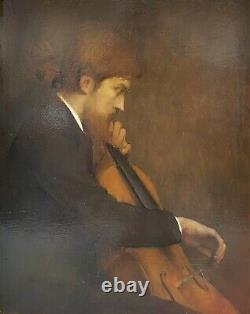 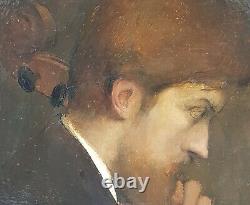 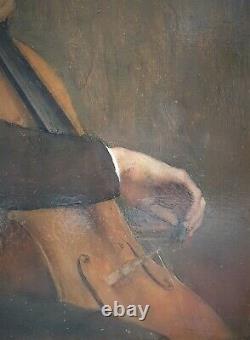 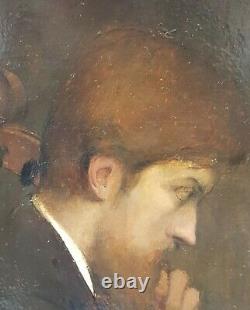 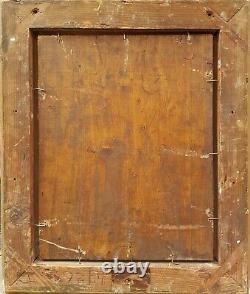 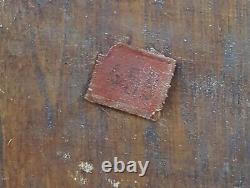 Caen, 1874 montabon (sarthe), 1949. 39.5 x 30.5 cm (44 x 52 cm with frame). Signed and dated at the top right \"dupont / 95.\" Back etiquette with a \"458\" number. Beautiful stuccoed wooden frame with 19th-century floral decoration. A pupil of jules-élie delaunay and gustave moreau, robert dupont exhibited in 1895 at the French artists' fair where he won a silver medal in 1929, as well as at the autumn fair. He painted landscapes of the sarthe, portraits and still lifes. He also participated in the decoration of the paris town hotel. In 1895 he exhibited at the French artists' fair a \"Sebastian saint\" and \"a musician\" that could be our painting. Robert dupont was the brother of the famous Gabriel dupont composer whom Gabriel Fauré regarded as one of the most gifted musicians of his generation. The theme of the cellist portrait was dealt with regularly in painting especially in the years between 1890 and 1910. Some of the most famous were the Gauguin French in 1894, the Swedish hammershoi in 1898, the Dutch Jan toorop in 1904 and the American joseph decamp in 1908. Our painting is dated to those years, precisely from 1895. The style recalls the symbolist painting of the late 19th century with a strong design, a choice of muted colors limited to browns, beiges and blacks, and white used as a highlight to accentuate the contours by light. Perhaps this is a musician friend of gabriel and robert dupont that he painted on the spot.

The item \"symbolist table dupont cellist musician player cello 19th\" is on sale since Tuesday, January 26, 2021. It is in the category \"art, antiques-art of the 19th century and avant-paintings, enamels\".

The seller is \"gallerydequelen\" and is located in paris, ile-de-france. This item can be delivered anywhere in the world.