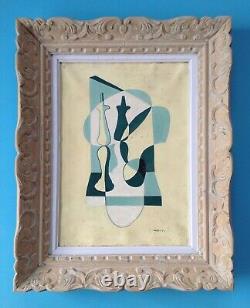 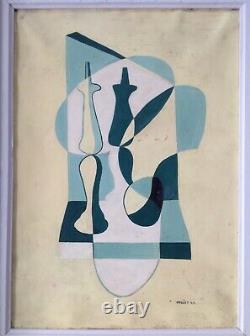 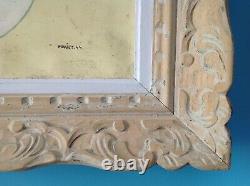 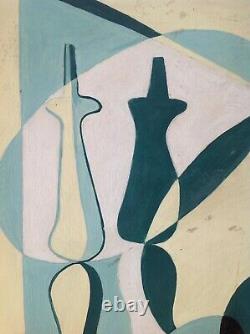 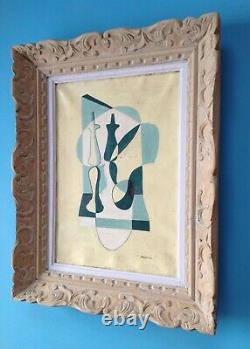 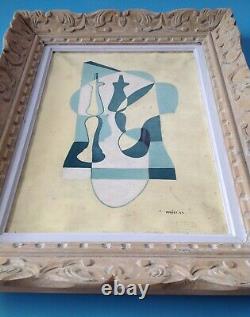 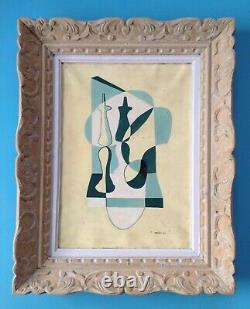 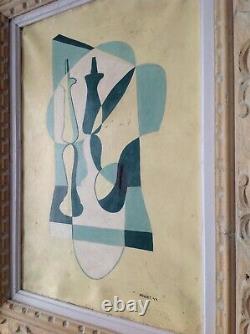 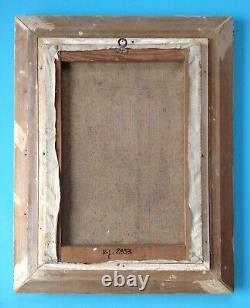 He began sketching at the gallery when the Parisians of kandinsky, stael, poliakoff, passed to denise rené, did not dwell on new realities, which he left with picabia; he finally opted for a kind of \"pictographic\" where the mood-laden ideogram ironizes all shades. Aline Gagnaire met the painter André poujet, whom she married on March 21, 1942. They spend part of the war in a small village in the tarn, penne du tarn, where they have a house and where they will pursue a great activity in pictorial research as evidenced by their correspondence and their sometimes common drawing books.

André Poujet joins the \"hand-to-feather\" group. At the end of the war, back in Paris, aline made her first solo exhibition at the gallery of the two islands and found herself at the Drouin gallery, brought by her friend Michel tapié that she knew at the time of the \"lampposts\": she will take care of a space dedicated to raw art, in the basement of the gallery and organize a first exhibition there in 1947. It is also from this period that his first pictograms date. In 1948, André poujet et aline opened a bookstore at 52 Quai des goldsmiths where they organized exhibitions, but the bookstore closed quickly.

Aline made many stays in penne where she worked a lot: her painting evolved and her dreaminess became more tense, harder. Separated since 1955, poujet and aline divorced in 1958. Meeting in 1961 andré poujet, abstract painter best known in the surrealist milieu.

He probably shared his life and ended his own career to teach him the art of painting. They left Paris in 1968 to settle in annot in the vellara district, a small village they had discovered and which they fall in love with. André Poujet died in 1996 after dedicing a magnificent and exhaustive work to the pictorial work of the princess. Technique: rare 76-year-old oil on cardboard, marbled on embedded canvas. Signed and dated poujet 44 (bottom right) see photo. Frame: montparnasse old year 40/50 (wood sculpture) 63x50cm very good condition. Condition: very beautiful (76 years) major work made in 1944 in the Cubist movement, representing chess pieces, enhanced by a beautiful Montparnasse frame of the period, the perfect marriage! Gallery bill, issued by a professional of the art of drouot training (bets). Payment: bank cheque or bank transfer. Any original work is accompanied by an invoice from the gallery. No number of prints communicated, except for artist or workshop prints. Framing carried out by a professional (gallery stamp) if framed. Professional packaging (protected and reinforced parcels).

The seller is \"gallery-ajct-art\" and is located in Alsace. This item can be delivered anywhere in the world.