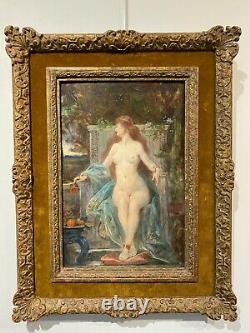 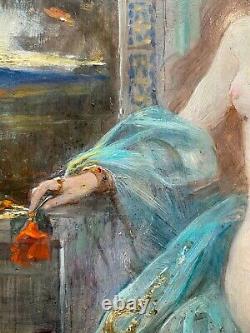 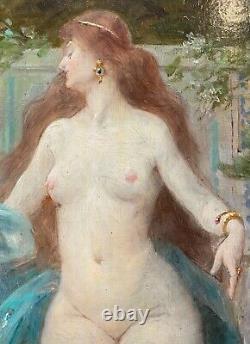 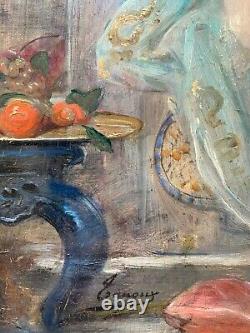 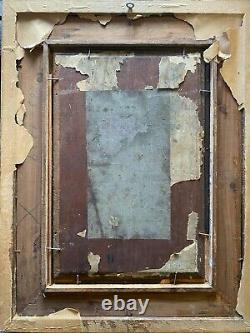 He studied at the school of fine arts in Paris where he was the pupil of léon bonnat. He regularly exhibited his works at the Salon des artistes français de paris, of which he became a member in 1905, and received numerous awards: an honorable mention at the universal exhibition of 1889, a third-class medal and a second-class medal respectively at the Salons of 1894 and 1895, when he also obtained a travel grant. Back in Paris, he presented new paintings at the paris salon: ". In 1908, intimate interior scenes in the countryside, then, in the following years, paintings with evocative titles announcing the new character of his work and a turning point in the choice of his subjects: ". Noted for his nude paintings, women with sensual and voluptuous beauty, he practises a soft and maneristic figurative style. He often places his models in an atmosphere of well tuned tones where he plays light and shadow with skill. He decorated the wedding hall of the town hall of the 14th arrondissement with a bet of an inutilized scene ". (1888), and the hall of feasts of the town hall of the 10th of ". He died in Paris in 1923. In 1927 his on will donate a very large canvas to the Museum of Fine Arts of Nice, ". (215 x 235cm), dating from 1920 and inspired by the eponymous novel Danatole france. The item "Adrien henri tanoux (1865-1923) odalisque, circa 1900 orientalist painting" has been on sale since Thursday 21 October 2021. It is in the category "art, antiques\art of xixe and before\paintings, enamels".